Gelbvieh are a unique breed in the beef industry as they combine strong maternal traits with outstanding growth rates and excellent muscle development. Because of their quiet temperament and early maturing they are able to begin laying down fat at an early age. The result is an animal that reaches market weight younger, with optimum finish and tender, tasty meat.

Gelbvieh cattle range in colour from a golden honey shade through to deep rich red and also black, which makes them ideal for crossing over most breeds to produce an even, solid colour which gives a uniform appearance in the paddock and the saleyards.

Gelbvieh cattle are used in many crossbreeding programs around the world as they are a complementary cross over both British and Tropical breeds. They are the most used breed in the USA for composite breeding!

Gelbvieh cows have a lower mature weight and are therefore more efficient than most other European breed females. They produce a lower birthweight calf which is born easily and almost immediatly starts to exhibit a tremendous growth pattern.

When Gelbvieh bulls are used over British Breed females the resultant progeny can be expected to be at least 10% heavier at weaning age than straight bred calves out of the same females. Similar results could be expected when crossing with Bos Indicus females. The result is more money in the producers pocket for very little extra cost.

Most European breeds are used as terminal sires which results in all their progeny being sold for slaughter. Gelbvieh are strong in both growth and maternal traits so therefore they can be used as terminal sires or their heifer progeny can be retained as replacement females. Their puberty, fertility and milk production is also superior over other European cross females. This has been confirmed at extensive cross breeding trials such as Clay Centre, Nebraska, USA.

Gelbvieh have the earliest puberty of any beef breed, so under normal conditions Gelbvieh can be joined as early as 13 months to calve at 22 months - instead of at 24-30 months like most of the other larger breeds. This gives the first calf Gelbvieh heifer 15 months before she has to calve again as a 3 year old. This extra 3 months provides an extremely valuable managment advantage for the sensitive first calf heifer, which has to suckle its calf and return to service for its next pregnancy, while still growing.

Gelbvieh have a quiet and inquisitive nature and display a docile temperament. Gelbvieh pass this quality on to their offspring. A quiet nature is being demanded by producers and processors and is required in workplace safety, bruising and the meat quality areas. Gelbvieh's excellent temperament makes them ideal for farmers who run a small number of cattle or in the small farm situation. Large herds are no different when it comes to temperament requirements making Gelbvieh a preferred choice especially in crossbreeding programs.

Studies carried out at the Clay Centre, Nebraska USA, confirmed that Gelbvieh had the largest ribeye muscle area per 100kg of all breeds, hence they have high cutout yields.
Gelbvieh are a lean breed with a fast growth rate with the ability to fatten at a younger age and given their marketability as yearlings, they are a source of high cutout yields.

Both purebred and crossbred Gelbvieh cattle have demonstrated their excellent market suitability by winning beef carcase championship all around the country. This was confirmed at Beef 2009 in Rockhampton with a 7 month old steer of Michele & Barry Fleming of Serpentine WA, which took out the National Beef Competition Champion Carcase Award.

Gelbvieh had the largest testicles of all breeds in the Clay Centre research and since testicular size is related to the fertility of their daughters. Taking into account the breeds early puberty this could explain why the females are most fertile and even precocious.

Originally Gelbvieh where bred for milk production as well as beef, they have sound, compact udders with smallish well placed teats. The exceptional milking ability of the Gelbvieh compliments the growth trait of the breed and results in a young sappy calf that reaches weaning age at a suitable marketing weight. When used in a crossbreeding program the addition of the influence of hybrid vigour adds further to the profitability of the progeny.

Gelbvieh produced the highest weaning weight per cow exposed to breeding at Clay Centre - which reflects their good performance in fertility, milk and growth. Weaning weights  of the progeny can regularly be around 60% of the cows body weight.

Yearling weights are more than adequate for joining replacement heifers to calve as 2 year olds and the early puberty and high fertility of the breed results in high conception rates.

The South African Gelbvieh Association has reported a distinct tolerance to both heat and ticks and there have been confirmatory reports from Queensland. Gelbvieh bulls stand in the sun quite contentedly while British and most other European breeds seek the shade. Gelbvieh have a short coat and smooth skin which aids in heat tolerance and tick control. These very important features of Gelbvieh will be further researched in Queensland.

Balancers can be either red or black and  are equally suited to grass finishing or sought after by feedlot operators where they can be short fed for local trade or grown out to heavier weights for export markets.

Balancer cattle are a registered sub register of the Australian Gelbvieh Association and are a recognised beef breed.

Gelbvieh have a quiet calm temperament, are moderately framed with excellent growth and carcase traits coupled with longevity. Gelbvieh are easy fleshing, with strong maternal qualities that produce an exceptional supply  from females with sound udders.

It can be concluded from the Clay Centre research that Gelbvieh is the one single cattle breed which incorporates more of the commercially important traits in their genotype than any other breed. This explains why the Gelbvieh breed has grown so fast in the USA and why 70% of the cattle ranchers around Clay Centre use Gelbvieh, either as purebreds or for crossing. It also explains why Gelbvieh is included in most of the new composite breeds being developed in North America.
Beef breeders crossbreed to add or combine desired characteristics or reduce or eliminate undesirable ones. An added bonus with hybrid vigour also occurs and is seen as production increases above the expected production mean of individual parents.
We are fortunate that in the beef cattle world this increase occurs in most characters associated with efficient and economical beef production such as fertility, growth rate and carcass characteristics.
Commercial cattlemen should look at the Gelbvieh breed to increase profits and to add easier management to their beef enterprise.

Note: DNA Parent Verification of animals registered in the Australian Gelbvieh herdbook is not mandatory at this time. 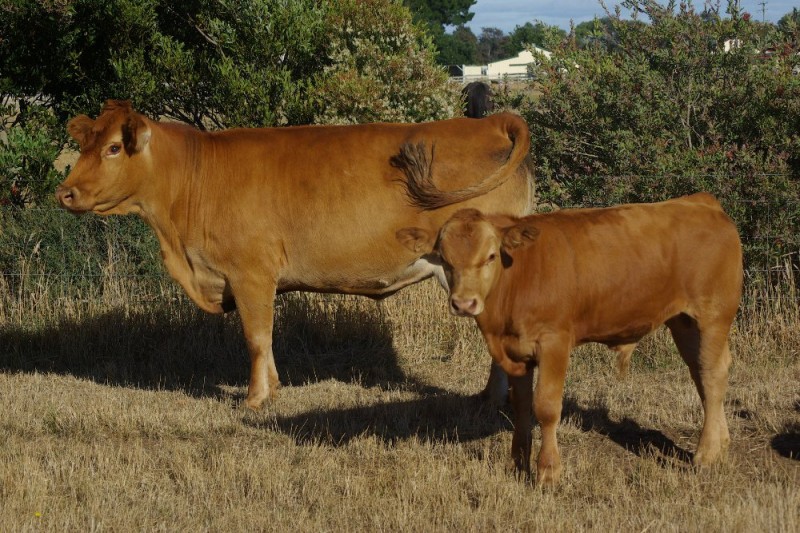 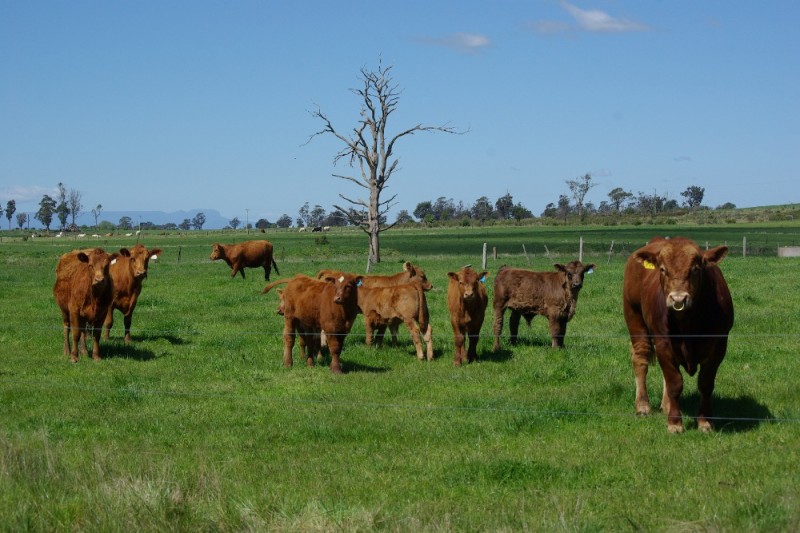 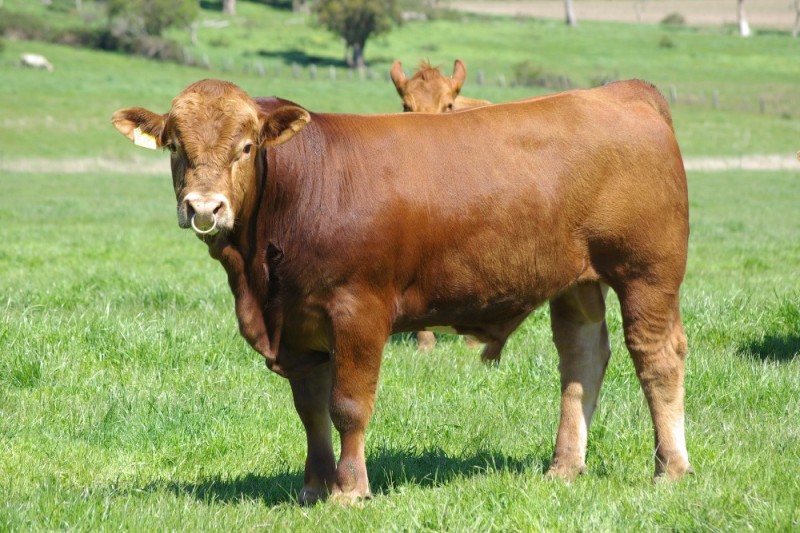